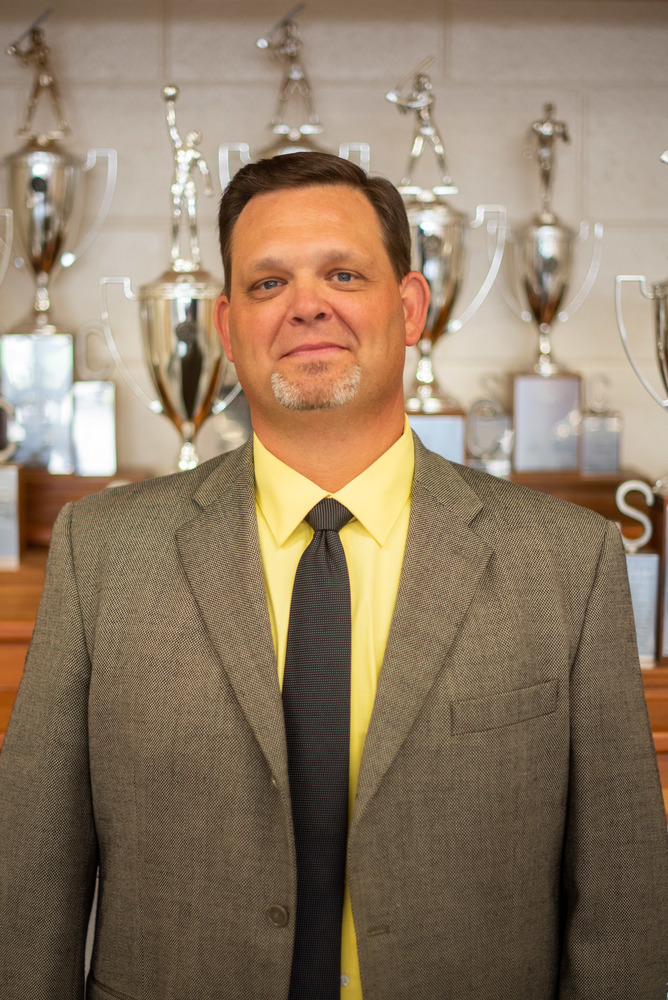 Crescent High School is pleased to announce the hiring of Crescent High graduate Cory Drennon (Class of 1996) as its next Boys Head Varsity Basketball Coach.  Coach Drennon brings with him a wealth of coaching experience at both the high school and collegiate levels.  As a part of his coaching background, Coach Drennon served as the Head Varsity Boys Coach at Wade Hampton High in Hampton, SC as well as at Liberty High from 2007 to 2010.  In addition, Coach Drennon was the Girls Head Coach at Easley and served as an assistant at both Walhalla High and Southern Wesleyan University.

Coach Drennon was a three-sport athlete as a student at Crescent. He played on a conference championship team and competed for an upper state championship in basketball, was an all-region football player, and was a starter for the baseball team. He has had demonstrated success at the coaching level, leading Wade Hampton to the most wins in school history at the time from 2006-2007.  While at Liberty from 2007-2010, his teams won the most games of any basketball team at the school in the previous ten years.  From 2015-2018, Coach Drennon has served as the Building Construction Teacher at the Anderson 1 and 2 Career and Technology Center.

Coach Drennon expressed excitement about the new position and the impact that Crescent has had on his family and his life. “I have been around the game of basketball and athletics my entire life.  I am so grateful to come back home to where it all started for us over 50 years ago.  My dad was a graduate and player at Crescent, and I was a graduate and player at Crescent. This is a very special opportunity, an opportunity in which I take great pride.  I have proven success in not only developing programs but more importantly in developing great men and leaders. I can’t wait to get started!”

“We are excited to have Cory return to Crescent and a place that has meant so much to him and his family over the years," incoming Principal Cliff Roberts stated. "From our discussions, it was extremely clear that he was ready to return to coaching. He has demonstrated he can win as a coach, and he grew up watching his Dad have success during his time as a coach here at Crescent as well.”

Athletic Director Jeff Craft echoed the sentiments regarding welcoming Coach Drennon back to his alma mater. “Coach Drennon knows we can win here, he loves this community and school and is excited about coming back to be a part of the Crescent Tiger family. We are pleased to welcome him back to Crescent and have him build on the positive things that are already in place with our program.”

Coach Drennon’s return to Crescent is a homecoming for sure, and successful coaching definitely runs in the family. His dad Craig is in both the Crescent High and Limestone College Athletic Halls of Fame for his outstanding career as a player, coach, and administrator.  As a coach at Crescent, Coach Craig Drennon won a State Championship in Girls Basketball and won six conference championships as Head Coach of the Varsity Boys team.  He also served as Athletic Director and Principal at Crescent.

Coach Cory Drennon and his wife Erin have three children – a daughter Addie (10) and two boys, Jackson (7) and Hudson (2).